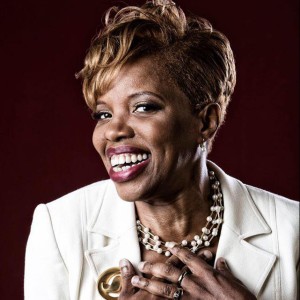 Carol J. Dunlop is the co-founder and CCO at CSI Corporation, the company she founded twenty-six years ago with her husband Alvin. Carol is an Amazon #1 International Best-selling author for her book, UN-Market Your Business; 10 Ways for Savvy Entrepreneurs to Stand Out, Stop Struggling, and Start Profiting. Carol is affectionally referred to as “The Online WOW! Strategist” by her tribe. She teaches entrepreneurs to convert marketing into money using their website as their hub and incorporating the marketing strategy they love to reach their audience. Carol currently speaks about how to “UN-Market” your business and utilize your website as your business hub. Her clients hail from cities across the U.S.A., the U.K., New Zealand, and Australia. She has shared the stage with the likes of Master Business Coach Aprille Franks, Nyala Phillips, Dr. Ranelli Williams, and NY Times Best-Selling Author Mike Michalowicz. Carol hosts the UN-Market Your Business podcast where she has featured such guests as 8-Time Mr. Olympia Lee Haney, Katie Krimitso, and the SportsBizMiss Kristi Dosh. Carol is also the author of the 90-Day Gratitude Journal for Your Business.

Carol is a beast at bringing my vision to life

Finding the right person to support my dream projects hasn't always been easy. That is -- until I connected with...

Finding the right person to support my dream projects hasn't always been easy. That is -- until I connected with the Online WOW! Strategist, Carol Dunlop. Carol is knowledgeable about her craft and truthful about what can be accomplished within proposed time frames. She is a beast at bringing my vision to life while setting up the right tools to ensure my online success. The project Carol just completed for my live event is absolutely AWESOME! I look forward to our next project. It's because I know without a doubt that NO ONE can translate my vision into reality like Carol. She is truly my Online WOW! Strategist. I highly recommend Carol not just as a web designer but as a consummate professional with the ability to support you in achieving all of your online goals.
https://csicorporation.com/testimonials/wendy-y-bailey/

Carol and Alvin went above and beyond

I hired Carol Dunlop to design my website because I had no idea about what was needed. Carol really listened...

I hired Carol Dunlop to design my website because I had no idea about what was needed. Carol really listened to and answered every question I had. She was patient and gave me suggestions that I would never have considered. Carol is truly an expert in the website design and social media arenas. I am also grateful to both Carol and Alvin for going above and beyond to repair my website when it was hacked while under Go Daddy's hosting. Go Daddy left me out in the cold but they stepped in, found how deep the hack was and brought my site back as good as new with new protocols in place. Needless to say, I dropped Go Daddy and now use CSI Corp for my website hosting. I highly recommend hiring CSI Corporation for any website or online business concerns you have. They deliver on their promises!
https://csicorporation.com/testimonials/betty-humphrey-fowler/

Carol was also able to answer all of my questions

Working with Carol Dunlop of CSI Corporation for the past few months has introduced me to new social media platforms....

Working with Carol Dunlop of CSI Corporation for the past few months has introduced me to new social media platforms. I was very familiar with Facebook and Twitter but wasn't using Pinterest and had recently switched to using Mailchimp to send newsletters. Carol was able to setup Pinterest and Mailchimp and merged them with all of my social media platforms making them easier to manage. She was also able to answer all of my questions even those dealing with my website and made recommendations for improvements. Thanks Carol for all of your hard work.
https://csicorporation.com/testimonials/tracey-west/

Carol Dunlop has been a tremendous help when it comes to marketing for my CrossFit gym. She helped set up...

Carol Dunlop has been a tremendous help when it comes to marketing for my CrossFit gym. She helped set up and connect all of my social media avenues. She has come up with great ideas from holiday events to fundraising to media options to set our gym apart. I believe investing in Carol's services for your business will be one of the biggest payoffs you will see!
https://csicorporation.com/testimonials/shane-bonilla/

It was so nice to have Carol in my corner

Carol jumped in and helped me get my website and Facebook page set up quickly and without taking a lot...

Carol jumped in and helped me get my website and Facebook page set up quickly and without taking a lot of my time. That was so helpful when I was overwhelmed with getting social media integrated for my book. Thanks, Carol, for your responsiveness and for getting my Facebook page up and running. It was so nice that I had you in my corner and didn’t have to waste my time “figuring it out!”
https://csicorporation.com/testimonials/tana-gildea/
5
5
Web Design, Social Media, Email Marketing

Listen to the Podcast:

Hey, Good to see you on this Wednesday. It’s time to Get Mobile Now.

I’ve got plenty of news for you, so let’s get going. I’m your host Carol Dunlop. If you have questions about whether you should get mobile or not; which means you need a mobile website, a mobile app…the time is now.

Google has seen a 400% increase in the number of searches on mobile devices within the past year, according to Dennis Woodside, president of mobile in the Americas at Google. Twenty percent of search volume related to telecommunications comes from mobile devices.

Google estimates that 79% of its advertisers are not prepared to engage their customers on mobile because they think the medium is too difficult to deploy. Woodside tells advertisers a couple things they can do within 90 days to move into mobile:

The company’s new Wallet app will let people store and manage tickets, coupons, boarding passes, and other items on their mobile devices.

The app lets providers integrate their apps with Samsung Wallet so that mobile device users can add their electronic tickets and coupons. Those tickets display bar codes that can then be scanned at terminals. Demoing the app at Mobile World Congress today in Barcelona, Spain, Samsung showed how a person could add an electronic airplane ticket from a provider such as Lufthansa into the Wallet app.

So far, Samsung has signed up Walgreens, Major League Baseball, Expedia, Booking.com, Hotels.com and Lufthansa as Wallet partners. The API (application programming interface) for developers is still in beta and available only to select partners. But Samsung will open up the playing field to everyone starting in May.

Now are you ready to get on the Mobile App/Mobile Website bandwagon? I’m sure you are, just by listening to what we’ve just said. But if you’re confused about it, don’t worry about it, we’ll take care of it for you, go to our website, www.csicorporation.com and click on the mobile apps and websites tab to get your free demo.

3:06 Next up:  Firefox and Tizen go after the Android Market

Five years ago, there was no Android, RIM was the powerhouse, the iPhone was brand new,  Palm’s WebOS was in development, and Microsoft’s Windows Mobile was saying Bye-Bye for good. Here comes some new players Firefox OS and Tizen OS are making waves to compete in this market now. There are at least 18 handset makers and carriers who have pledged support for these operating systems with phones on the way, — the Alcatel One Touch Fire, the ZTE Open, the Geeksphone Keon, and the Geeksphone Peak

Android display sizes featured screens at 4 inches or larger. Most now hover in the range of 4.5 inches, like the LG Optimus F5 and Optimus F7. However the LG Optimus G Pro sports a 5.5 inche screen and the ZTE Grand Memo has a 5.7-inch display.

Today’s Android phones and tablets are getting faster and faster. The new round of Android phones hover around the 1.7GHz clock speed, some inching even higher.

That’s all for today, this is your host Carol Dunlop.

Please join me again next week.

Who Needs Amazon and Shopify? Make your own ecommerce website

In this article, I’ll review your choices and show you how easy it really is to make your own ecommerce website. Who needs Amazon or Shopify.

Elementor is a Wordpress plugin that uses drag & drop technology to create awesome landing pages or an entire website. It is the most flexible pagebuilder. I’ll show you why and how.

9 Steps to Creating Your Most Productive Year Ever

Each year, at this same time, you start to think about how to make the upcoming year better, more productive, more fruitful. I’m showing you 9 ways for you to make 2020 your most productive and profitable year ever.

This site uses Akismet to reduce spam. Learn how your comment data is processed.

Be Grateful for Choices